I had heard many good things about it before I sat down to watch it. I took my time with it – I originally committed to one episode per day. This turned out to be a good thing.

This is one of those shows where you need to block everything else out, or as much as you can. Watching it sucks you in, but my habit of looking at my phone while watching a show or movie was broken pretty quickly. Otherwise, I would miss stuff. I started Episode 1 over at one point, because something interrupted me about 30 minutes in, and I wanted to make sure I was refreshed on the details from the very beginning.

I do have some issues with the show, but overall, I really enjoyed it. I really hope Netflix does a Season 3. I want more!

I thought Cameron Britton as Ed Kemper was amazing! It was a bit surreal to hear these actors emulate these horrible men. And the sets looked and felt real!

The pacing was a bit hard to follow sometimes, but I also enjoyed the addition of Dr. Wendy Carr (Anna Torv, Fringe) to the team, and Bill’s wife, Nancy Tench (Stacey Roca) is such a good character.

As you follow Ford, Tench, Carr, and their lives, there are scenes set in Kansas toward the beginning and end of every episode. I thought Sonny Valicenti as the ADT Serviceman was great, but also incredibly creepy! No spoilers — But I highly recommend paying attention to these brief scenes every single time. They are important.

This season was captivating. There is so much going on with these characters! And I enjoy history, so seeing this based on true events in the 1970s was pretty groovy. Haha! 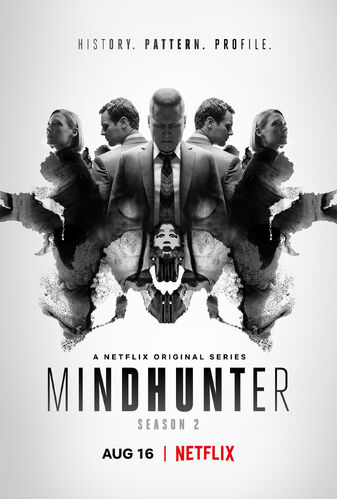 It was perfect timing when I started watching the show. Season 2 dropped on Netflix on August 16th, which happened to be right as I finished up Season 1. I feel bad for everyone else who had to wait two years!

Overall, I liked the angle of Season 2. I knew a little bit about the Atlanta Child Murders before watching the show, but not a lot. I thought it was interesting they focused on it for the majority of the season, if not a bit disappointing.

Maybe it’s just me, but I wanted more about the history and development of the Behavioral Science Unit (BSU).

Regardless, I liked how this season wove the work of the BSU and the ongoing investigation in Atlanta together.

One key piece was Bill struggling to cope with his unfolding family situation in Virginia, while trying to help the investigation in Atlanta. Again, no spoilers, but this was so emotional and real!

Regardless of my slight disappointments, this season felt more emotional and riveting. And the actor they cast to play Wayne Williams is uncanny. The casting was so good!

Also, check out YouTube for several videos on how they made the sets and historical details look so good!