I just discovered / stumbled upon Getting Through Anxiety through a few other blogs earlier this week, and I loved her TV show challenge posts so much, that I wanted to try this for myself!

I’ve tried month-long challenges like this before, typically through Facebook posts. Most of the time, though, I’ve failed miserably, or given up within a couple of days.

Since I discovered this challenge close to the halfway point of July, I’ve decided to summarize the first 15 posts here, and then post the remainder on a daily basis until the end of the month.

I think I’m up to the task!

Ooooh, there are so many favorites!

At this point, my understanding is you can only watch full episodes in syndication – The ION televsion channel has run regular marathons in the past, for example.

YouTube has a good collection of clips, but due to copyright issues regarding the music used in the show, I don’t think the series will EVER be released on DVD, and that makes me super sad!

I’m sure there are other websites that advertise the full episodes, but I’m always a little leery of these types of sites. I don’t want to give my laptop a nasty virus!

Regardless, Cold Case is one of my absolute favorite shows. I love the cast, I love the drama, and I especially love the history angle involved in the episodes.

This was one of the most emotional seasons, in my opinion.

“A Dollar, A Dream” – You may recognize Jennifer Lawrence in this one!

“Stand Up and Holler”

Each individual episode typically covers a different time period, and I feel the writers have done a good job of balancing the past with the present. They have always tried to show important facets and facts of life – Bullying, shootings, unwed mothers, homophobia, homelessness, loneliness, love, heartbreak, peer pressure, racism, sexism – Not only in this season, but in all seven seasons.

New York is where I was born. Even though I have no memory of living there (We moved to Alexandria, Virginia when I was two-years-old), there’s a huge part of me that identifies with the city. I was born 15 weeks premature, and every summer until my 16th birthday, my parents took me back to the hospital where I was born to see the doctors and nurses that took care of me. My high school orchestra received the tremendous opportunity to play at Carnegie Hall in April 2007, so that was a thrill as well.

To this day, I enjoy visiting the city. I dreamed of living there when I was younger, but now I’m happy to have stayed in Virginia! My goal now is to get my husband to visit with me, at least once 🙂

CSI: NY is my favorite of the CSI: series. I’ve enjoyed all of them, having some family connections to Miami as well, but the team and the city they live and work in captured my heart very quickly. Gary Sinise is perfect as Mac Taylor, and the rest of the cast fits very well. I found myself attached to all of them, at some point.

Scooby-Doo, Where Are You!

I’ve always liked mysteries, and I’ve enjoyed seeing Scooby and the gang figure them out.

I couldn’t pick just one!

Lilly is smart, courageous, and hard-working. I admire her strength. She has quite a rough-and-tumble backstory, and her being one of the first female in the Philadelphia cold case unit is fitting.

I fell in love with Blue Bloods because of my parents. The cast is stellar. And, no surprise here, the series is set in New York.

Frank Reagan has one of the toughest jobs – NYPD Commissioner. He’s excellent at his job. Besides work, he’s an awesome patriarch. I would’ve loved to have had him as a father or grandfather. 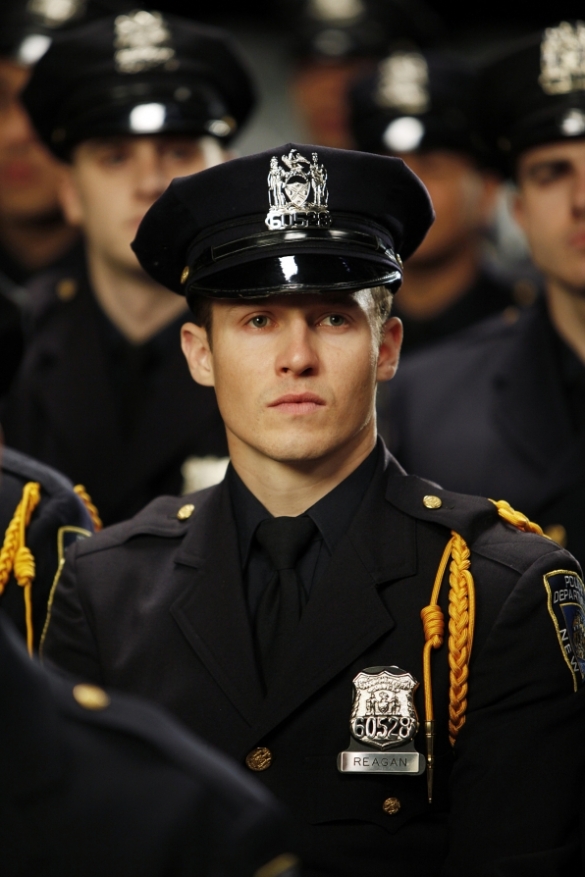 Aside from his father, Frank, Jamie is my favorite. He’s handsome, tough, and just a great guy. He appears to be the epitome of a police officer – Tough, smart, funny, has a good rapport with his partner, colleagues, and family; and community-oriented. I think he would make a great brother.

I first fell in love with Will Estes on another show – American Dreams. It only lasted for three seasons on NBC, but it was a decent historical drama.

Eve is my favorite of the Baxter girls (Read on for more about her siblings, Kristin and Mandy). She’s still in high school, but she’s funny, sensible, hard-working, and determined. I have great admiration for her character.

Swoon! I’ve loved Castle from the beginning. I knew Fillion from Firefly and Serenity, but I took to Richard Castle immediately. I found myself wishing, a lot, that I was Stana Katic!

It was really hard to choose between Morgan and Reid (See below). But Morgan is a smooth-talker, tough, and hot! Haha.

I also love, love, love his relationship with Garcia (Read on for more!). I found myself going back week after week to see their interactions! 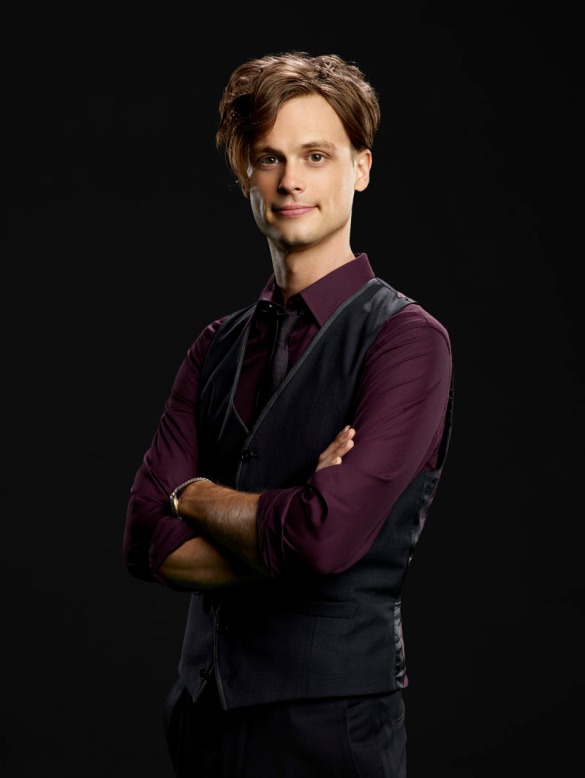 Reid is goofy, and nerdy as all-get-out. I love his character! He’s a genius, and I love his interactions with the rest of the team.

Fourth: Barry Allen / The Flash from The Flash

Grant Gustin is a local boy (Norfolk, Virginia). So handsome! The show is pretty kick-ass, too. He’s a forensic scientist (Awesome), and doubles as one of the coolest superheroes ever (Fantastic)! He’s almost perfect for the character! 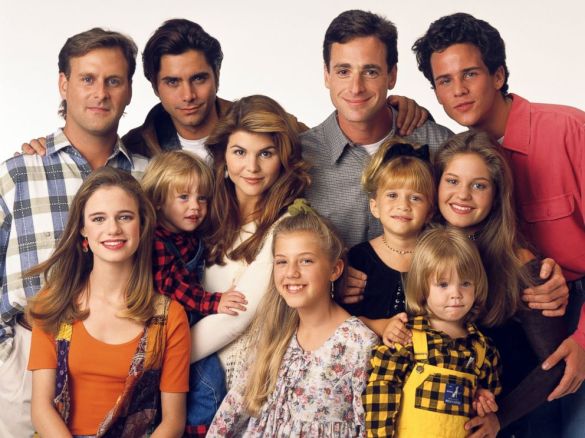 I didn’t watch Full House while it was on the air; I was too young.

However, I discovered it in syndication on ABC Family in college, and fell hard. I found myself planning my classes around the TV schedule! I’ve seen every episode!

And, if you haven’t seen Fuller House on Netflix, I recommend watching it. It’s pretty good! Check out how I plowed through season 1 within 24 hours. I can’t wait for season 2!

This was one of the toughest ones to pick!

For me, I would love to have Penelope Garcia from Criminal Minds as my best friend.

She’s smart, goofy, funny, and I absolutely adore the relationship she has with Morgan. Her style is a bit wacky, but it just adds to her character! She’s a seriously cool chick and I would absolutely love to be friends with her. I can see myself hanging out with her a lot.

Ugh. I tried so hard to like this show! I was very excited when I heard that Melissa Benoist (Glee) was chosen as the star. I’m hoping that the decision to move season 2 over to The CW will help. I’m not holding out much hope, though.

I credit my parents (again) for getting me into ER. They recorded it first on VHS, and then the DVR, almost every week. Once I was old enough to stay up late and watch it, I loved the drama, action, and characters. It lasted for 15 seasons from 1994-2009, and was a juggernaut. I own most of the series on DVD! 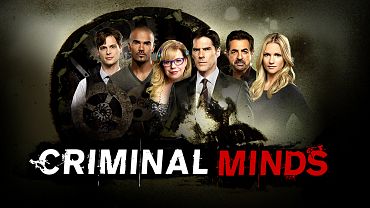 Based on several character profiles already mentioned in this post, you can probably tell that Criminal Minds quickly became one of my favorites when it premiered in 2005. I like the work that the Behavioral Analysis Unit (BAU) does, and in college, I even considered applying for the FBI because of the show.

The only drawback is that the show is so vivid for me, I can’t watch the show at night anymore. I’ve had several terrible nightmares from the graphic portrayals of crimes in the show.

Other than that, I’ve found myself getting attached to many of the characters and their interactions. The show is action-packed, too.

This one is a three-way-tie.

When I first discovered the show in college, I quickly fell in love with these two and their relationship. They’re silly, funny, quirky, and great parents to their boys.

I’ve said it before, and I’ll say it again – I love these two! They are perfect for each other.

These two are amazing! They’ve had their challenges throughout their series, but I admire their determination.

This one was a near-tie between two of the sisters on Last Man Standing. 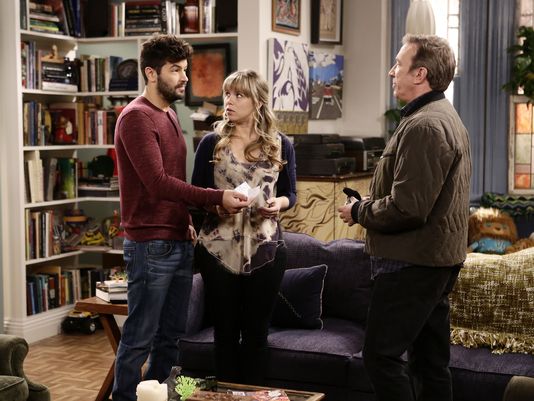 However, the one that’s bugged me the most has been Kristin Baxter and Ryan Vogelson. I liked Kristin’s character early on, but I loathed Ryan, especially in the beginning. It made me so upset that he left Kristin when she got pregnant with their son. I can remember getting irritated as soon as Ryan came on screen in many episodes!

However, his character started to improve as the seasons have progressed. I’m still a bit leery of their relationship as a whole, but who am I to judge? They’re just characters on TV. Frankly, Kristin’s sister Mandy doesn’t treat Kyle very kindly, either!

Despite my personal opinions, I’m going to keep watching the series, in part, because of their relationships. We’ll see how this goes with the new season in fall 2016!

I remember watching a few seasons of Home Improvement, and enjoying Tim Allen. He’s so funny! At this point, Al and I have watched every episode of Last Man Standing, and are eagerly awaiting the new season to premiere this fall. It’s a great comedy, and we’ve found ourselves quoting several lines over the years. If you haven’t watched it, we both recommend it. All seasons are currently available on Netflix.

I’m not a huge superhero/sci-fi fan in terms of TV shows, but The Flash is the one that has stuck with me since the very first episode. It’s well-written, and the cast is great. I’m very excited for season 3 to premiere this fall!

Look for my daily posts for the rest of July, starting tomorrow!