Al’s mom sent this link to me, asking if I’d seen it: Story Behind the Song: The Rainbow Connection

I hadn’t, so I clicked on it. It’s a bit dated now – It was posted in October 2016. However, what I clicked on and witnessed was nearly 12 minutes of magic and appreciation. It was an interview where Paul Williams discusses how “The Rainbow Connection” came to be. In the middle, Williams mentioned his website, Gratitude and Trust, along a post he wrote called “The Elegance of Kindness” about Jim Henson. I paused the video, grabbed a Post-It note, scribbled that down, and continued the video.

Visiting the website a little while later, I noticed that Paul posted it in September 2013. But, dates don’t matter.

As I started reading, all I felt was warmth when I digested Paul’s words. What an amazing life he’s had as a songwriter. He’s also a recovering alcoholic, a major feat by itself. And, to meet AND work with Jim Henson! Wow.

He told the same story in the video as he did in his blog post, about not wanting to throw any surprises at Jim when he and Kenny Ascher were beginning to produce the music for The Muppet Movie (1979).

Jim smiled, and reassured Paul with these words, “Oh, that’s all right Paul. I’m sure they’ll be wonderful. I’ll hear them in the studio when we record them.”

Hearing Jim say that immediately allayed Paul’s fears and worries. He also told this story in the liner notes when the soundtrack was re-released for the nearly 35th anniversary of the movie. And, in a way, this meeting paved the way for one of the most memorable and warm songs that has ever been created.

But the point here is “the elegance of kindness.” As I was telling Al about the video and the blog post, he immediately nodded and said, “Yes, exactly. That’s how many people have described Jim Henson. How kind he was.”

Jim Henson died in 1990. I wasn’t quite two years old when he left the world. But, I’ve learned who he was. And what an impact he has made! In his short 53 years, he became a legend. He created the Muppets, helped develop characters for Sesame Street, produced The Muppet Show, started the Jim Henson Foundation, and founded Jim Henson’s Creature Shop.

I made the same connection that Paul did about Jim. With kindness comes trust. With kindness and trust, magical things can bloom and grow. I don’t think “Rainbow Connection” would have been written if Jim Henson didn’t trust Williams and Ascher. There have been so many issues with trust, time and time again, with the world of entertainment. And it’s not limited to entertainment, either.

I write this post as the pandemic continues. I’m frustrated and appalled at the President of the United States and other leaders who have spouted clear lies, and they have incited great fear among millions of people. Millions of people who have gotten so many mixed messages at the worst possible time. No wonder I have trust issues! And there’s not a shred of kindness from the top. Sadly.

However, my spirit has been renewed. There is kindness, still.

Some Good News with John Krasinski is AWESOME!

I’ve loved Steve Hartman since he started reporting with CBS News in the 1990s (Remember Assignment America? And throwing a dart at a map of the U.S.?). A while ago, he did a four-part series called Kindness 101. Not only are his kids adorable, but he’s sharing many of his stories, old and new, and reminding everyone who’s watching what the important things are in life. Character. Gratitude. Empathy. Optimism. Purpose. I’ve watched all of them, and I’m excited the series is continuing.

Just today, I read a father’s account of his daughter, Emerson, and her letters. Her handwritten letters and decorated envelopes. She wrote a letter to her mailman, Doug, expressing her appreciation for him to help her mail her letters. Now, it’s gone all over the country, through thousands of people and postal workers. I’m inspired to be a pen pal again.

And, I don’t think it’s a coincidence that Sesame Street’s theme is now “Smarter, Stronger, Kinder.” The elegance of kindness can, and should, be embraced as young as possible. But, you’re not too old to start. You’re never too old to embrace something like kindness.

Enjoy a special performance of “Rainbow Connection” from Kermit that posted to YouTube last week. 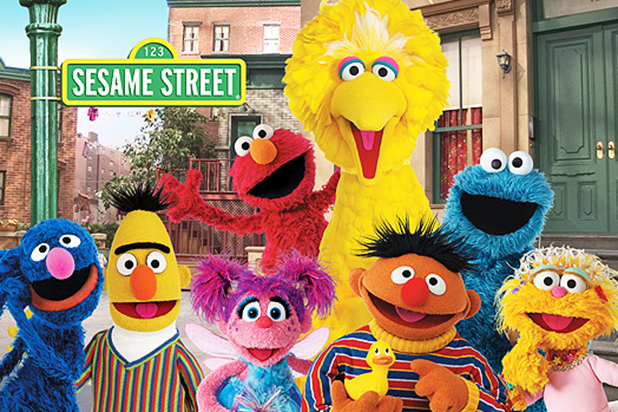 My dad sent this hot link to me in an email recently, with the exclamation of “Big Bird!”

A little background on Big Bird first. Big Bird has been one of my favorite characters for as long as I can remember. I had such love for “Sesame Street” as a child, and I still do as an adult.

Seeing Big Bird in the video with Jane Pauley made my heart soar and brought a huge smile to my face. And, if we’re being completely honest, it made me tear up a bit, too. Big Bird has brought such joy to my life. And he’s been a part of a wonderful show that is celebrating it’s 50th season in 2019!

Big Bird said that Sesame Street “is the kindest place, where everyone’s welcome.”

I had three stuffed versions of Big Bird as a kid – A small one, a medium one, and a big one with a pull string where he talked. There are many photos that feature a version of him from my childhood. He was definitely a “lovey” for me.

I recently shared this throwback photo on Facebook. This is framed in my parents’ house. We went on two cruises as a family with my dad’s parents. This was on “The Big Red Boat” in the mid-1990s, when we went to Cozumel and Cancun. You can see my dad holding my big Big Bird at the bottom.

I also wrote a comparison-contract research paper on the educational effectiveness of Sesame Street versus Barney & Friends in my first college English class in the fall of 2007. One of my friends who was in that class, Adam, mentioned it recently when we reconnected via Facebook. It was so cool! I need to see it I still have it in my files. I know I used the book Sesame Street Unpaved: Scripts, Stories, Secrets and Songs (1998) as a reference source.

CEO of Sesame Street, Jeff Dunn, said, “Our co-founders had the wonderful idea, ‘Could you use the power of television to help teach less advantaged kids and get them ready for school?’ And what they knew was that kids who arrived to kindergarten knowing their ABCs and their 123s, were ahead of kids that didn’t. So, if we could figure out a way to help kids arrive at school ready to learn, that would be a big contribution.” 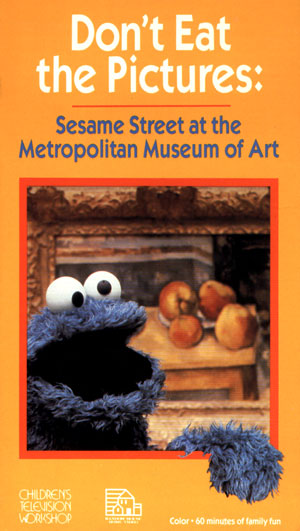 Don’t Eat the Pictures (1983) was one of my favorite Sesame Street videos growing up. Image Credit: IMDb 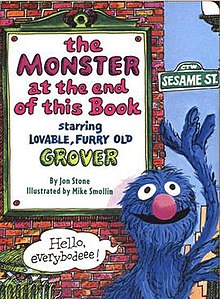 The cover of The Monster at the End of this Book: Starring Lovable, Furry Old Grover (1971). This is one of my favorite Sesame Street books! Image Credit: Wikipedia

They partnered with Jim Henson and his Muppets. It’s true – Kids are captivated by Muppets. I know I was, and I still am. If you see my Facebook page, I regularly share things related to Kermit The Frog, Miss Piggy, Beaker, Cookie Monster, and Big Bird, of course. 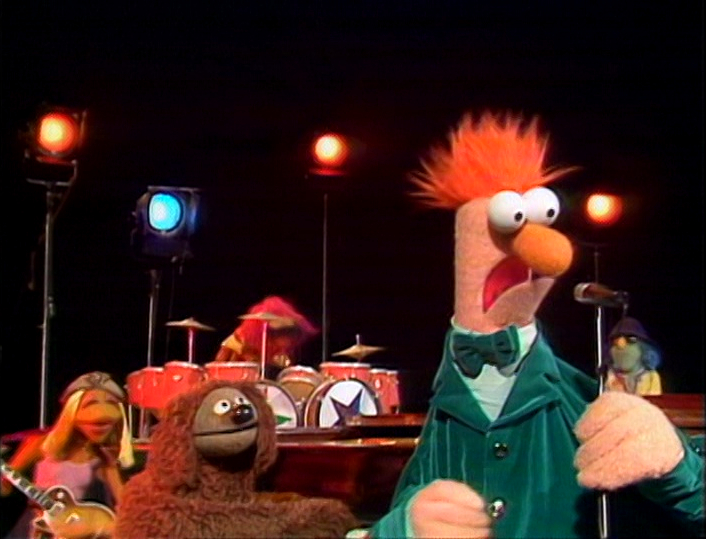 To celebrate its 50th anniversary, Sesame Street is producing a new TV special and embarking on a 10-city tour. Also, a Manhattan street will be named after it.

Now four years into its five-year-deal with HBO, Sesame Street has had quite a history. It’s home for decades was PBS, which I watched exclusively during my childhood (See Commentary #44: My Life as a PBS Kid from October 2016). In addition, Sesame Workshop signed a deal with Apple last year – The financial terms were not disclosed, by the way – to have “multiple live-action and animated series as well as a new puppet show for its planned video service.” Also, PBS still airs new episodes, but the deal with HBO stipulates new episodes are aired nine months after their original release on HBO and their HBO Now on-demand library.

There have been more than 4,500 episodes! It’s YouTube channel boasts more than five million subscribers. That’s incredible! Roughly 80 percent of parents watch Sesame Street with their children. I know my parents did.

Do you have a favorite Sesame Street character?

Do you have a favorite Muppet?

Did you watch Sesame Street growing up?

Let me know in the comments!