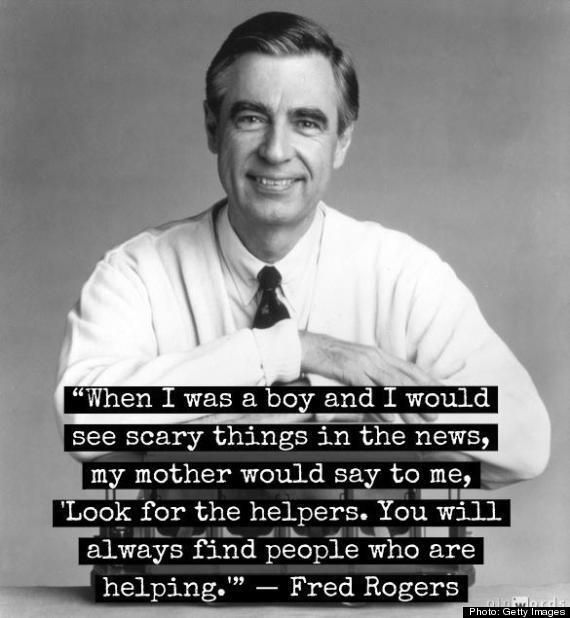 It’s been a laundry list of natural disasters, yet another horrific massacre on U.S. soil, and I’ve felt helpless.

All the while, President Trump has continued tweeting, criticizing, and not being very presidential. But, that’s just me.

My family is incredibly fortunate. My dad drove down to Seminole, Florida, to be with his dad, my 91-year-old Grandpa, prior to Hurricane Irma’s arrival. They lost power, but Dad brought a generator and plenty of supplies. Grandpa’s main power was restored within 24 hours. Cable, Internet, and the landline phone followed soon after. The Publix grocery store down the street was open the day after the storm. Dad came home safely just days after the storm passed, not two weeks like everyone was thinking / fearing.

My Uncle Richard (Mom’s brother) waited out the storm in Miami. He lost power, and endured four hours of 100-mph+ winds, but no significant damage.

A few friends and acquaintances suffered devastating floods in Texas, but most remained high and dry. John and Jackie, days away from their first child’s expected arrival, were pleased to report that their son smartly decided to “shelter in place” during the storm.

I’m still in awe at the heroes and heroines during Harvey and Irma. The first responders and the military presence were outstanding. If you haven’t seen the stories about the “Cajun Navy,” look them up online. These men and women, with their boats, are real heroes!

I know certain areas of these states still face months, possibly years, of recovery, but many have amazing survival stories to tell the future generations.

Puerto Rico, the U.S. Virgin Islands, and others, have not been so fortunate. Hurricane Maria literally swallowed the entire island of Puerto Rico. It’s been absolutely decimated. At last check of various news sources, roughly five percent of the island has power now, and roughly 11 percent of the cell service has been restored.

The death toll stands at 34, for now. I fear that this number will rise.

The island was already struggling, with a crumbling infrastructure, debt-laden, declaring bankruptcy, and other issues. Add a massive hurricane to the mix? It’s a disaster zone.

It’s deplorable that the governor and many mayors have gone on national TV, live, begging for help. Everyone on the island is an American citizen, for heaven’s sake.

Ugh. I’m getting madder and madder with every word I type.

Along with the rest of the world, I was horrified to learn of the mass shooting at the Route 91 Harvest Festival on Monday morning. I almost fell off the treadmill at the gym, in disbelief.

But, it happened. Nearly sixty innocent people lost their lives. Over 500 were injured.

However, in spite of the tragedy, there were so many heroes and heroines. My spirits have been lifted, gradually, throughout this week, as I read stories of courage, bravery, and sacrifice. Countless people literally took bullets to save others. Complete strangers protected each other. The outpouring of support has been overwhelming.

A GoFundMe page that was started by the Clark County Commission Chair earlier this week has set and re-set its goal several times. As of this writing, 77,232 people have raised an impressive $9.52 million dollars for the victims and their families. That’s awesome!

On Tuesday morning, I wrote the following on Facebook:

As a blood recipient, blood drive co-coordinator, and regular blood donor, I’m so happy to see the reports of people waiting 6-8+ hours to give blood in the wake of the tragedy in Las Vegas.

In Chesapeake, New Creation UMC is hosting their next blood drive this coming Saturday, October 7th. If you’re able and willing, your blood is very much appreciated. Every two seconds, someone needs blood. One whole blood donation can save up to three lives.

Give the Gift of Life. Give Blood.

I hope I can give blood on Saturday, and I hope we will have a good turnout. The need is constant.

I have so many thoughts about our President right now. It makes me want to scream.

The only thing I’ve been impressed with, so far, was his speech about the tragedy in Las Vegas. For once, he actually showed sympathy and compassion.

I don’t know who wrote it, but it was a good one.

With that said, it’s been tough to swallow his response to the hurricane relief efforts, especially in Puerto Rico. In addition to those issues, he’s angling for nuclear war with North Korea. Antagonizing someone like Kim Jon Un is not a good idea.

I wish Secretary Tillerson would admit that he called our President a moron. I wish people would stop trying to cover for our President, and admit the truth.

But, the truth is, I think most people in and around the White House are walking on eggshells every minute of every day, hoping and praying they don’t say or do something to piss him off.

For once in my life, I’m actually looking forward to voting in November’s elections. I’m so sick and tired of the attack ads for Governor, Attorney General, and the list goes on. There are so many things I wish I could change, but I know my vote can make a difference.

I’m also beyond ready to fast-forward to the 2020 presidential election.

For now, I will continue to educate myself with a variety of news sources, try to stay positive, donate blood, and sharing my thoughts with all of you wonderful readers on my blog. Thank you for being so supportive of my posts – I appreciate each and every one of you.

2 thoughts on “Hot Topic #23: Thoughts on Puerto Rico, Las Vegas, and Our President”