First found on Life Lessons Around The Dinner Table.

I could go on for days about how grateful I am for my husband, Al. He is an amazing husband to me, loyal son to his parents, loving son-in-law to my parents, awesome brother to Nick, and a great friend to many people. Many have described him as a big teddy bear.

I’m grateful that he has helped introduce / expanded upon other worlds to me – Star Wars, Marvel, DC, Star Trek, comedy, and science fiction. I’m nowhere nearly as knowledgeable as he is in some of these worlds (especially Star Wars), but I love that we accept and recognize each other’s loves / passions / desires. I enthusiastically support his hobbies (photography, movies, video games, watching documentaries about aliens), and he graciously supports mine (writing, reading, American Girl collecting, watching game shows, and traveling).

He has always been supportive in whatever I set my mind to. When he doesn’t think something is a good idea (very rare), he offers his opinion in a gracious, careful way. He offers constructive criticism.

He’s a hard worker, and I’m grateful that he has a good job in his chosen field. He’s ambitious, researching ways to improve his craft and his skills. I’m incredibly thankful that he makes enough money for us to have the beautiful house that we have been working on together.

I sincerely appreciate the relationship that we have built over the last six years. We’ve greatly enjoyed our first year of marriage. We have our disagreements and occasional communication issues, but we are strong and happy. Here’s to many more years! 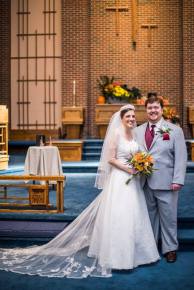 One of the many photos of our amazing wedding day! This was taken by Amanda MacDiarmid, owner/operator of Stellar Exposures, November 2015.

This was just one of our fabulous engagement photos at the Virginia Beach Oceanfront! This was taken by Amanda MacDiarmid, owner/operator of Stellar Exposures, July 2015.

This was taken at Al’s company Christmas party at the Virginia Beach Convention Center, December 2014.

We decided to visit the Norfolk Zoo for the first time in years, and had a great time! We thoroughly enjoyed ourselves, August 2014.

I entered a contest on Busch Gardens’ Facebook page, and ended up winning VIP passes to their KC and the Sunshine Band concert! This was a fantastic day in August 2013. 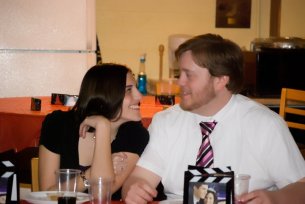