Today marks 18 years since the horrific terror attacks on the United States. Two planes crashed into the “Twin Towers” of the World Trade Center in New York City, another crashed into the Pentagon, and a fourth went down near Shanksville, Pennsylvania.

I had just started seventh grade at Jolliff Middle School in Chesapeake, Virginia. That Tuesday was absolutely gorgeous – Not a cloud in the sky. We had been in school for a week.

I have to give props to the administration and staff. The students had no idea what was going on, and they held their emotions in check the entire day. By the time I learned about it, it was near the end of the school day. I was heading into Mrs. Owen’s history class, and our principal, Mr. Glisson, was standing nearby.

I can’t remember if he was outside the seventh grade hallway, or outside our classroom door. I just knew something was wrong; it was highly unusual for him to be away from his office or the front of the school. He gave every student a quartered piece of paper, that read, in part, “Due to today’s events, we are cancelling the PTA meeting and all after-school activities. Please spend tonight with your families. Thank you for your support of our school.”

Immediate confusion came over my face, and I walked into Mrs. Owen’s class dumbfounded. I turned to my best friend, Melissa, and asked her what “today’s events” meant.

Tears sprang to my eyes. I was born in Manhattan. I had walked by the Twin Towers many times. I had flown over the Pentagon. All my memories of New York flooded my brain, and I immediately felt overwhelmed and sad. I wanted to go home right then, but I said a prayer for everyone on those planes and their families.

I definitely don’t remember what was discussed in history class that day. For the first time, I felt like a zombie when school dismissed. Thankfully, Tuesdays were the after-school day for the youth at church, and I figured that was the best place we could be at that point.

Mrs. Rouquie picked us up in her gold Dodge Caravan, and I felt fresh tears when I spotted the magnetic American flag on her van door. We sat in absolute silence the whole ride from school to church.

There was a portable TV in the youth lounge. Dawn-Marie, our associate pastor, and Courtney B., were glued to the TV. Local reporter Andy Fox was reporting live from the Pentagon, and we saw the collapsed side of the building, still smoldering.

The next few days were a complete blur. Our local paper, The Virginian-Pilot, had “HORROR” in blood-red letters on the front page the next day.

The coverage by the media was staggering. It felt like it was never-ending.

And, in a way, it is never-ending. Here we are, 18 years later, and there are still troops from multiple nations fighting wars in Iraq and Afghanistan. The babies who were born on September 11, 2001 are now old enough to vote, and old enough to fight in those wars.

It’s never-ending for the families of the 2,977 victims who died that day on American soil. More than 6,000 people were injured. Others have died from related cancer and respiratory diseases.

But, in spite of all the tragedy, the U.S. came together as a country. We came together, back then, at least.

I won’t get into politics here. Right now, I’m sitting in my kitchen, thinking of the victims and their families. 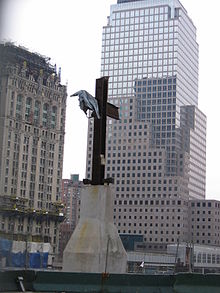 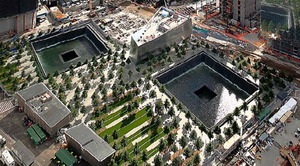 5 thoughts on “Getting Personal #182: Reflections on September 11th, 18 Years Later”