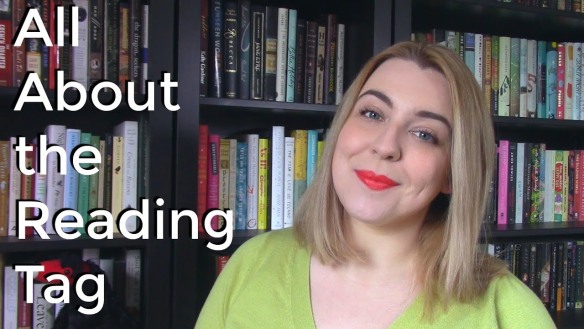 Thrice Read! Happy two-year anniversary, by the way! Thanks for publishing so many awesome tags!

What do you look for most when you pick up a book?

Honestly, I’m picking C. The plot has to hook me from the get-go.

What are your pet peeves in books?

If you could print one quote on your wall, which one would it be?

“It is our choices, Harry, that show what we truly are, far more than our abilities.”

~ Albus Dumbledore, Harry Potter and the Chamber of Secrets

Science fiction. I want to re-read Ender’s Game, and then finally read more of Card’s books. Then, we’ll see what happens from there!

I also want to try my hand with Dark Matter, by Blake Crouch.

Was there ever a movie adaptation you liked better than the book?

The Notebook (2004) was one of the best adaptations.

However, no movie adaptation will likely top a book, for me. Books will always win.

If one of your favorite books would be adapted or get a new adaptation, which book would it be and which role would you like to play?

I would love to see a modern retelling of The Great Gatsby. I think I’d like to play a female version of Nick Carraway – How’s that for turning something on its head?

A hyped book you wouldn’t recommend at all?

As much as I want to say Fifty Shades of Grey, I didn’t get past the first few pages before I completely stopped. I will never read any of them, ever. So, technically, they don’t count.

So, I’ll go with Twilight. Initially, I though it was an intriguing series, but I never truly bought into the vampire side. This is also coming from someone who was basically forced to watch the first two movies while in college. I haven’t seen any of the others.

A book that highly influenced your life and way of thinking?

Are you a fan of re-reading books, do you do it often?

I re-read The Great Gatsby and To Kill A Mockingbird every year.

Which book title could easily be the title of your life?

Eat, Pray, Love (I’m horrible with questions like this!)

Which book should be required reading for everyone?

I don’t like to use the term “required reading,” but here’s my list of my recommended books (in no particular order):

What would you recommend for required reading? Why?

Thanks for another great tag!