Halloween is one of my favorite times of the year. I actually have an excuse to dress up!

Since Al and I started dating four years ago, we’ve had a lot of fun with Halloween. I missed our first Halloween as a couple since I was still in college, but we’ve tried to be creative with our costumes since 2011.

Plus, one of the best parts about Halloween is Al’s parents have brought out their fire pit and let the trick-or-treaters and neighbors makes s’mores! Yum!! 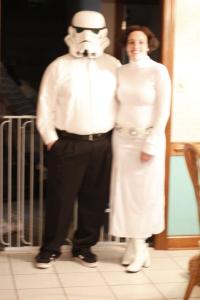 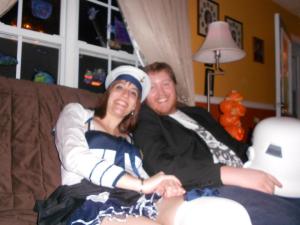 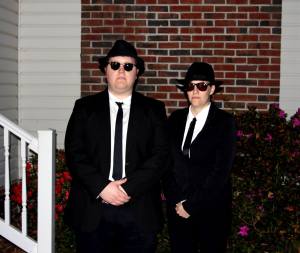 And this year was extra special – I had Jamberry wraps custom-made in honor of the Ghostbusters 30th Anniversary!

It’s hard to see – But the thumbnail is a likeness of Slimer, and the rest of the nail are black with green lettering that reads “Who You Gonna Call?”

Speaking of which, I’ll end this post with a song. Enjoy!